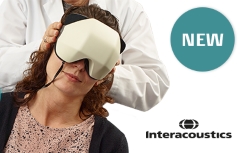 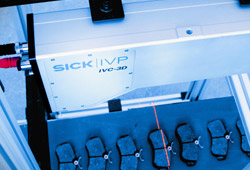 From April 2016 all IVC Smart Cameras will be delivered with the IVC Studio 3.3 SR3 release.  This release adds support for a new special device based on IVC­3D 50, which has an extended operating temperature range, from 0°C to 50°C. In addition, there is a new tool, Rotate and Mirror, which is an extended variant of the Rotate Image tool. The Blob Analyzer tool’s boundary based method for finding the orientation and boundary of a blob has been improved, and the tools find profile points, Get Calibrated Point, Extract profile and Set Output have also been modified slightly. The release is based on the IVC 3.3 SR1 release of IVC Studio.

More information about this along with known limitations and issues can be found in the release notes. 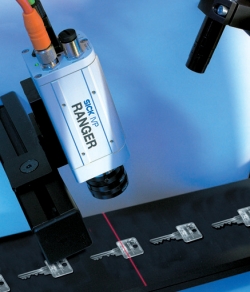 The most important changes in this service release are: A timeout can now be set to guarantee that buffer callbacks occur without delays  even if network packets are lost. This timeout can be set to a specific value depending  on the application’s needs. By default it is set to infinity, keeping the same behaviour as  in previous release. It is now possible to enable flush of data before the buffer is full. This setting ensures that the user receives the latest started buffer very rapidly after enable goes low, without requirements for further trig etc.

For latest version of eBus SDK or other deliveries that has not been  updated in this service release, please see SDK 5.1.

New Halcon-interface for the 3D Camera SDK is now available

Updated revision 5.12 (HALCON 11) and 6.3 (HALCON 12) of the SICK-3DCamera interface released. The interfaces provide synchronous and asynchronous grabbing, access to multiple measurement components, to calibrated and rectified measurement data and to mark data with the functions "grab_data" and "grab_data_async". 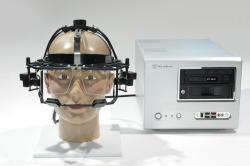 
As particularly requested by our customers, our special “Hall of Fame” offer will be prolonged: All C-ETD systems, ordered until end of 2015 will receive a 10% discount.

Additionally the C-ITS-Motion Tracking System ( 3D rate and acceleration sensors) will be offered for free, if desired.

On the 31st Space Symposium CHRONOS VISION, represented by Prof. Clarke, is honored by acceptance into the Space Technology Hall of Fame and thanked cordially. 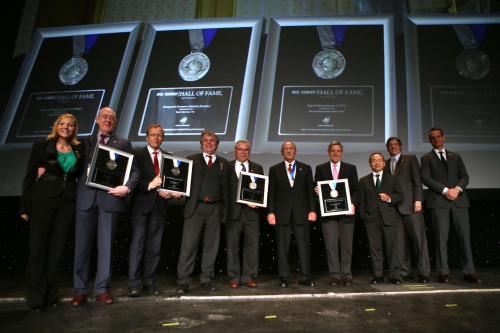 March 2015CHRONOS VISION in the Hall of Fame of Space Technology 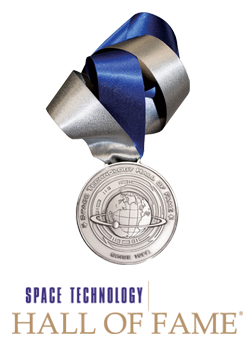 COLORADO SPRINGS, Colo. (March 4, 2015) – The Space Foundation’s 31st Space Symposium will culminate on April 16 with ceremonies celebrating the induction into the Space Technology Hall of Fame of an innovation developed for space that now improve life on Earth.

One of the two inductees is the CHRONOS VISION Eye Tracking Technology ( C-ETD ), implemented in refractive eye surgery devices to improve vision.

For more information, please visit our press information or visit the website of the Space Foundation.

The world's leading machine vision trade fair, is not just the marketplace for component manufacturers, it is also a platform for system suppliers and integrators.
We invite you to visit us at the VISION Exhibition from the 4th through the 6th of November, 2014. You can find us in hall 1, booth B62.

Our product specialists are waiting to discuss your applications and solutions with you.
Demo applications at our booth:
+ ColorRanger
+ IVC-3D Smart Camera
+ Scanning RULER

New Halcon-interface for the 3D Camera SDK is now available


Updated revision 4.16 / 5.9 of the HALCON 10 / 11 SICK-3DCamera interface released which has been adapted to the SICK icon API 4.4.3 and eBus driver 3.1. Furthermore, the new interface revision provides two minor bug fixes regarding parameterization.
Since the 05.28.2014 MVTec also offers a HALCON interface for the ScanningRuler from SICK.

The latest version of the SICK 3D Camera SDK is now available.

The major improvements in relation to the previous release are the addition of the iCon Express extension of the API, a refreshed version of Ranger Studio, a whole new way of configuring a system using configuration files (.icx) as an extension to the standard parameter files and updated firmwares for Ranger/Ruler and Scanning Ruler that include several bug fixes. 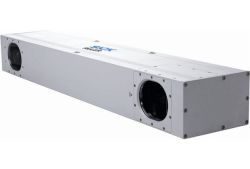 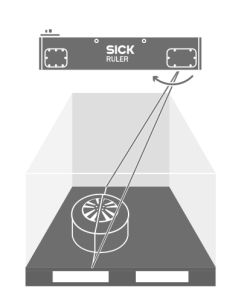 The video shows that the ScanningRuler provides accurate and reliable 3d data from stationary objects, which allows robot systems to locate parts in advanced picking applications and find the optimum gripping position. packed with state-of-the art technology and innovative features, the ScanningRuler is the ideal choice for high-throughput solutions in harsh industrial environments.